The Foundation for Media Alternatives (FMA), in partnership with United Youth for Peace and Development (UNYPAD), a non-government organization which aims to produce competent, effective and efficient young leaders who meaningfully give spiritual, political and socio-economic services to the society, conducted a 2-day training workshop on Internet Rights are Human Rights: Gender & ICT to (29) Bangsamoro Muslim Women at the EM Manor Hotel & Restaurant, Cotabato City last October 5-6, 2015.

The primary goal of the training workshop is to capacitate Bangsamoro Muslim women in the use and access to Internet, surface women’s issues and challenges in relation to ICTs, and develop possible strategies on how the said workshop can become a good platform to build a community of advocates who are able to articulate the issues in relation to women’s rights in ICT, violence against women (VAW) online, privacy and online safety and security, among others.

On the first day of the training-workshop, Atty. Adjuria Kansi enlightened the Moro Muslim Women with the basic women’s rights through a discussion of the Magna Carta of Women. The Magna Carta of Women is a comprehensive women’s human rights law that seeks to eliminate discrimination against women by recognizing, protecting, fulfilling and promoting the rights of Filipino women, especially those in marginalized sector.

“All rights in the Philippine Constitution and those rights recognized under the international instrument like CEDAW duly signed and ratified by the Philippines, in consonance with Philippine laws shall be rights of women under RA 9710. These rights shall be enjoyed without discrimination since the law prohibits discrimination against women, whether done by public and private entities or individuals,” Atty. Kansi said.

Uztadza Albaya Badrodin, an Education Program Supervisor and UNYPAD Signatory to the ALIVE/Madaris, shared her views on the role of women in Islam perspectives. Uza. Badrodin said that women are portrayed positively in the Quran and the Hadith. The verses in Quran referring to women had the effect of a great improvement on the status and rights of women.

“Women in Islam were granted the right to own, inherit and dispose of their own property as they saw fit, reject forced marriages, keep their own names and identities after marriage, initiate divorce and obtain an education. Muslim women were noted for their learning and accomplishments. As per Quran, seeking knowledge is an obligation of both male and female Muslims. Muslims seeking to improve the position of women in society have usually focused their efforts on getting men and women to practice Islam rather than to change it,” Uza. Albaya Badrodin said.

On the second day, the discussion became more informative and meaningful. Nica Dumlao, Internet Rights Coordinator and Liza Garcia, Gender & ICT coordinator facilitated the 2nd day program. The participants went through an activity-workshop on how they use ICT and what challenges they face through a dramatization. The Bangsamoro women recognized the role of ICT in their daily lives. ICT like computers, laptops and mobile phones serve as their means of communication and source of information. They also use ICT to assert their rights, to strengthen their livelihood activities and among

others. However, in the development of ICT, they also faced issues and challenges like online harassment, cyberbullying and other tech-based violence, as well as low and poor connectivity and expensive internet or mobile data. Another activity was the “spectrogram”. It aims to help the participants understand a range of perspectives on one idea or area of interest, as a way to encourage them to think differently on the issues of surveillance, invasion of privacy and tech-based violence. Nica started with a statement about surveillance. “There is a need to put up CCTVs in all public and commercial establishments,” she said. The participants were then asked if they are agree or disagree on the statement and why.

For the “agree” side, they argued that there is a need for CCTVs especially for documentation and protection. But they clarified that dressing rooms should not be considered as public places. Participants who “disagree” argue that CCTVs can be used beyond the usual documentation and monitoring purposes. They also question the control of the information captured in these CCTVs and where the footages will be going. The loss of personal space and paranoia instilled among the citizens are also factors to consider.

Riya, one of the participants and who also works in government, argues that it depends on the context, because putting CCTVs is an effective way for them to monitor the street crimes. For her, it is just a matter of perspective of looking at things.

Liza Garcia, program coordinator of Gender & ICT, briefly discussed the state of ICT in the Philippines such as the telecommunications, the Internet and social media in the Philippines by presenting information and statistics on present internet usage in the Philippines, as well as the growing numbers on use of smartphones and tablets in the country. The numbers will grow more in the coming years as the internet is becoming more mobile than ever. Statistics show that almost all are moving up and it will continue to grow more in the future. At present the Philippines is number one in social networking and Filipinos spend much time on the social media. The demographics of internet use is now very different. People don’t go to urban areas anymore to have access to the internet; the internet is now in their pockets.

A video on how the internet works was also shown to give the participants an idea on how data packets are sent from one person to another. Joy one of the youngest participants learned that internet is a network to connect to every other network. It is possible for anyone to create content and offer service without it requiring from someone or to anyone.

The next input on ICT and Gender Rights began with the question of “how do we define VAW?” It was emphasized that VAW is not just about physical violence. Liza shared that ICT and internet is being used by a lot of people as a space to express themselves. It is also recognized that ICT is a critical tool for empowerment. It is evident that it is not the same for men. ICTs are not gender-neutral. The treatment for men is different from women. Men and women have different uses of ICTs and its effects to different genders also differ.

ICTs have changed the way women experience violence through anonymity, automation, action-at-a-distance, affordability and propagation. Various forms of online violence were shared and presented. Some participants were able to share eVAW cases. These included text mates who decided to meet up and eventually led to the rape of young woman; intimate videos recorded by another person and uploaded without consent on the internet; a young woman who was raped and killed after the perpetrator tracked her Facebook status “feeling alone”.

Nica Dumalo, Internet Rights coordinator, discussed internet freedom and rights. She said we must acknowledge that the internet is a key means to uphold freedom of opinion and expression. We must also encourage women to use the internet. The internet has become an open space to express where one can be anonymous and even change their names.

She also explained that the goal of finding the balance between the rights and responsibilities on the internet is one of the main reasons why this training workshop is conducted. It is common for human rights and advocacy groups to tend to disregard these issues because they don’t think that it is important to them. But most, if not all organizations, use the internet and there are repressive legislations that curtail our rights online. Therefore, it is necessary to know our rights so we will be ready to defend ourselves.

The rewarding and successful exchange of learning and knowledge from FMA, UNYPAD and the participants were really useful. The activity served as a good venue to discuss the intersection between women’s rights and ICT as well as the risks and vulnerabilities in using ICTS, laws and policies, and online safety and security, among others.

One of the participants shared that the training was indeed informative and worthwhile. She used to be a resource person too on her previous works for human rights especially on the topic of vender-based violence and child protection and at that time she hasn’t realized the link of internet to human rights issues and how it can be addressed. The training was more like a realization for her and it’s always good to learn something new from other people of the same advocacy or passion in relation to upholding and promoting human rights.

The following recommendations emerged from the workshop: 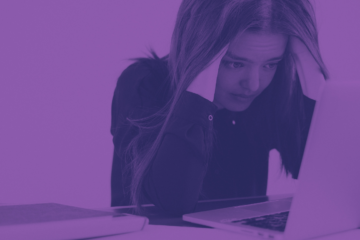