Women’s Rights Online in the Philippines

The Republic of the Philippines is an archipelago made up of more than 7,000 islands spread over 300,000 square km. It has a burgeoning population of more than 100 million. In 1994, it formally linked to the Internet, and to date, Internet penetration is about 40% of the population. 113% of the population is connected through mobile phones.[1] Social media is very popular and Facebook is the Internet for many. Women are active users of social media.

The situation of women in the Philippines is comparatively positive: according to the Global Gender Gap Report of the World Economic Forum the country places first in Asia and ranked ninth in the world in 2014. The protection of women is enshrined in domestic laws, including the Magna Carta of Women (Republic Act 9710), passed in 2008. This is a comprehensive women’s human rights law that seeks to eliminate discrimination against women.

In a ten-country research study led by the Worldwide Web Foundation, where the Foundation for Media Alternatives took part, the research study, designed to understand the gaps in and obstacles to women’s use of the Internet in the Philippines, shows that among the urban poor in Manila, women are using the Internet at more or less equal frequency and on equal terms with men.[2] Of the respondents to the survey, 42 percent of women and 48 percent of men had used a computer with the previous six months, and more women (59 percent) than men (47 percent) own or have access to smart phones. More women than men use their mobile phones every day, and more women than men have used the Internet in the last six months. Most female Internet users believe the Internet is a valuable source of emotional support, and see it as a positive resource to help with school work and educational activities.

The primary reason people use the Internet, however, is to connect with family and friends. About a tenth of the Philippines’ population is based overseas,[3] either as permanent residents or as temporary workers in other countries. As such, the Internet is very popular among those with friends or family abroad.[4] However, other uses of the Internet such as being a source of information on important matters, a tool for reporting and expressing one’s opinions on various relevant issues, as well as in looking for jobs, have yet to be fully grasped and realised by the users.

The country aims to be competitive in the world market and acknowledges that being equipped with the necessary knowledge and skills in ICT will contribute to this. One of the areas identified in the Philippine Digital Strategy to become competitive is to push for digital literacy by encouraging citizens’ digital media skills. The country acknowledges its small pool of IT skills that needs to be addressed if it wants to be competitive. However, the strategy does not identify how women and girls can be part of this pool of experts.

Digital literacy through education has been a component of education in the Philippines since the late 1990s, at which time the Department of Education established a computerization program that aims to provide public schools “with appropriate technologies that would enhance the teaching-learning process and meet the challenges of the 21st century.” This program includes the provision of computer laboratory packages to secondary schools, the provision of e-classroom to elementary schools, the integration of ICT in the school system, and raising the literacy of teachers and students. The Department of Education reports that as of 2012, 95% of public high schools have computer labs, but only 57% have access to the internet. For public elementary schools, only 4% are equipped with e-Classroom packages.

The study highlights as well some problematic contexts emerging around women’s online safety and freedom. Incidences of technology-related harassment of violence against women, while not frequent, are emerging and have been filed in court, but have not yet been successfully prosecuted. Of course, in a society where women continue to experience discrimination and gender inequality, it is not surprising that online they are harassed and experience being abused through misogynistic and hate speeches. This speaks of the need to address the root causes of discrimination and inequality in the Philippines. Some efforts to this end are being undertaken by government, such as the Women’s Empowerment Development and Gender Equality Plan of 2013-2016 which addresses the persistent portrayal of women in popular media, including film, television, print and internet sites. Yet the Philippines has a way to go; passing the Freedom of Information Bill, which has been languishing in the Philippines’ congress for almost three decades, should be a priority. 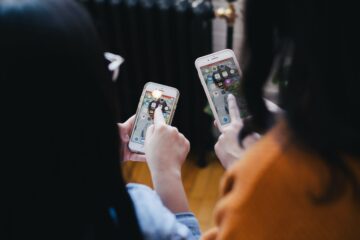