The State of Open eGovernance in the Philippines

The Foundation for Media Alternatives (FMA) on June 28, 2017 held a forum on the State of Open eGovernance in the Philippines. Dr. Randy Tuano from the Ateneo Economics Department, who is also the President of the Board of Trustees of FMA and part of the core research group that did the research on “Evolving an Open eGovernance Index (OeGI) in Network Societies,” presented the results of the study, highlighting how the Philippines scored based on the indicators developed for the study.

The OeGI is an action-research project that aims to develop a quantitative tool to gauge the state of e-governance around the world. It builds on an earlier effort by the Foundation for Media Alternatives to develop and popularize an “Open eGovernance Index” which hopes to be a normative tool for assessing how countries are utilizing openness in network societies to enhance public service, citizen participation/engagement, and addressing communication rights.

The objectives of the Open e-Governance Index project are to: (a) further understand democratic e-governance, particularly through developing the discourse of “Open E- Governance”; (b) help develop policy on ICT and governance; and engage policy stakeholders directly, around the notions of “Open Governance”; and (c) develop a concrete resource for citizens/individuals, groups/non-government organizations to engage the policymakers on “Open E-Governance”. The index will measure five dimensions, which include meshed eGovernment, eParticipation channels, universal access/digital inclusion, civil society use of ICTs, and fostering an enabling environment for open eGovernance.

OeGI in this current phase is being piloted in five countries— Colombia, Indonesia, Pakistan, the Philippines and Uganda—all with differing levels of socio-economic development and state of infrastructure and policy of ICTs. These countries were chosen because of the apparent diversity of appreciation of ‘eGoverance’ and ‘openness’ not only among their governments but also across their civil society sector. A framework, based on earlier work in the first phase of implementation in 2011- 2012, was revised and a methodology (mainly using secondary data to fill-up a score sheet; this was also validated among key experts across society) was adopted for use in this round of implementation.

FMA undertook the research and drafting of this OeGI report for the Philippines from November 2016 to April 201. The research was undertaken utilizing secondary data research and several focus group discussions. The study also was enhanced by several studies that FMA had undertaken in the areas of internet governance, privacy rights and gender aspects of ICTs. This is the second iteration of the OeGI implementation in the country; the first report was undertaken by the School of Government, Ateneo de Manila University, in November, 2011 (and finalized in March, 2012). 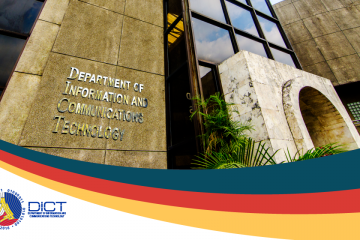