This day in #Herstory: Tatsulok Komiks

In September 2010, GALANG, a lesbian-initiated, lesbian-run feminist human rights organization founded in August 2008, developed Tatsulok Komiks to deal with lesbophobia by coming up with a comic series anchored on the themes of equality and non-discrimination in Principle 2 of the Yogyokarta Principles.

Tatsulok is the Filipino word for triangle. Tatsulok Komiks is the brainchild of GALANG co-founder Lala G. Ravacio. Edited by GALANG executive director Anne Lim with the assistance of Daisy Mae T. Caber, the first volume was written by playwright and film writer Bonifacio P. Ilagan.

Issues 1 and 2 were illustrated by multimedia artist Aletheia Prife C. Rio, and the later issues were illustrated by artist Franz C. Garcia. The Tatsulok series was written in conversational Filipino as it was intended to reach a wider audience base of LGBTs in the country. 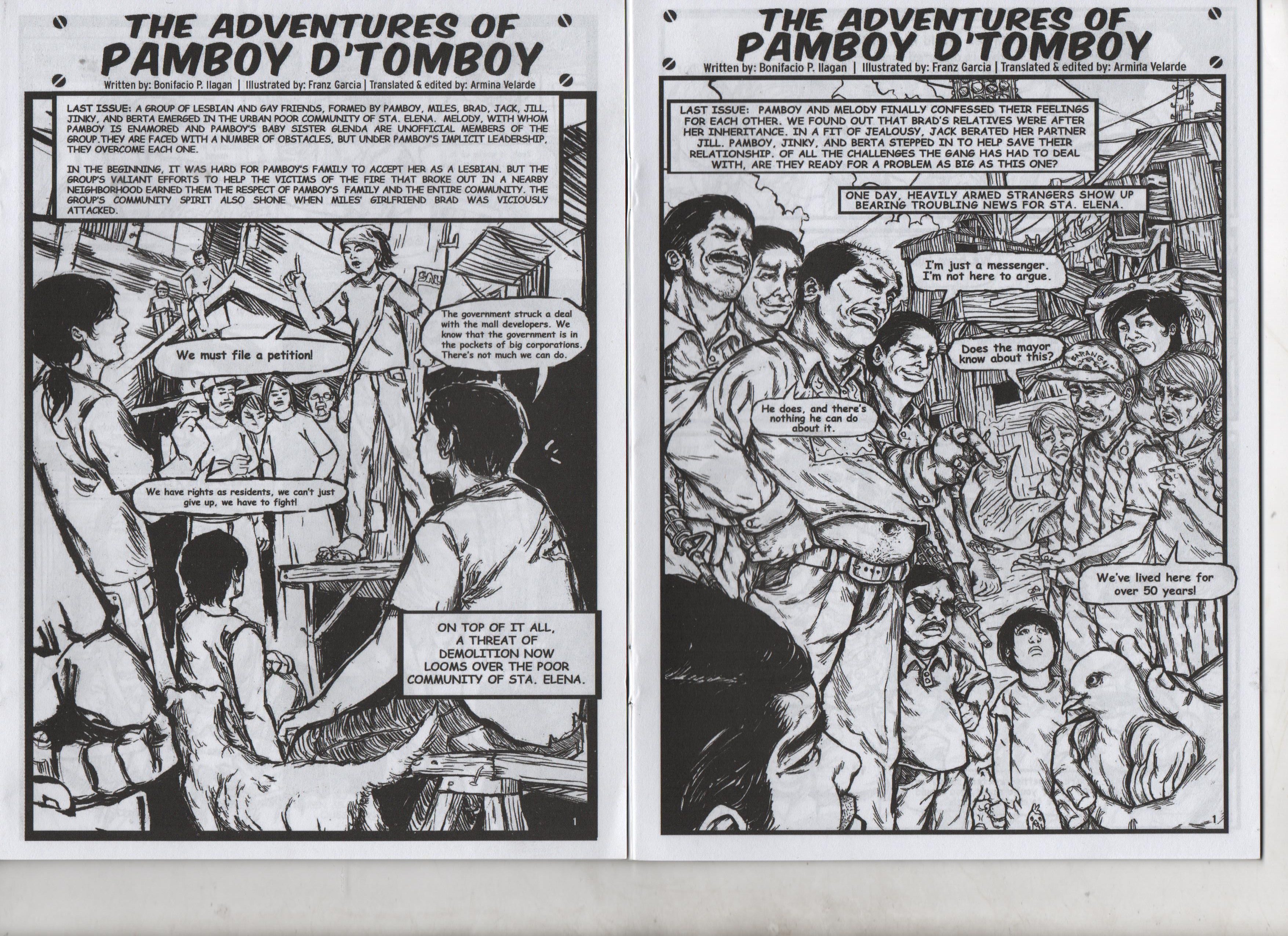 The first volume of Tatsulok is Ang Pakikipagsapalaran ni Pamboy D’Tomboy (The Adventures of Pamboy, the Tomboy). It introduced the audience to the concepts of lesbophobia and discrimination. The second issue discussed the significance of National Lesbian Day (December 8) and International Human Rights Day (December 10).

Tatsulok was supported by the Fund for Global Human Rights, the Global Fund for Women, and Mama Cash. Copies of the comics have been made available in the libraries of many universities, colleges, and NGOs in Metro Manila to strengthen partnerships and alliances with advocates of the sector, and to push policies in support of LBT human rights at all levels across sectors.

For more information about GALANG and its work, see galangphilippines.org.