FMA: Need for national ID system must be pitted against legitimate dangers

On Wednesday, February 28 2018, the Foundation for Media Alternatives (FMA) released a briefing paper on the long-standing effort by government to establish a national ID system in the Philippines.

The paper, entitled “The National ID Debate: Is the Philippines Ready?” presents the much-touted benefits of an identity management scheme that claims to improve the delivery of public services, thereby addressing the country’s societal exclusion problems.

The paper also identifies the dangers inherent in such a system, as ably demonstrated by the experience of other countries. India’s Aadhaar Project, for one, was initially hailed as a success story before reports of its issues and vulnerabilities broke out. 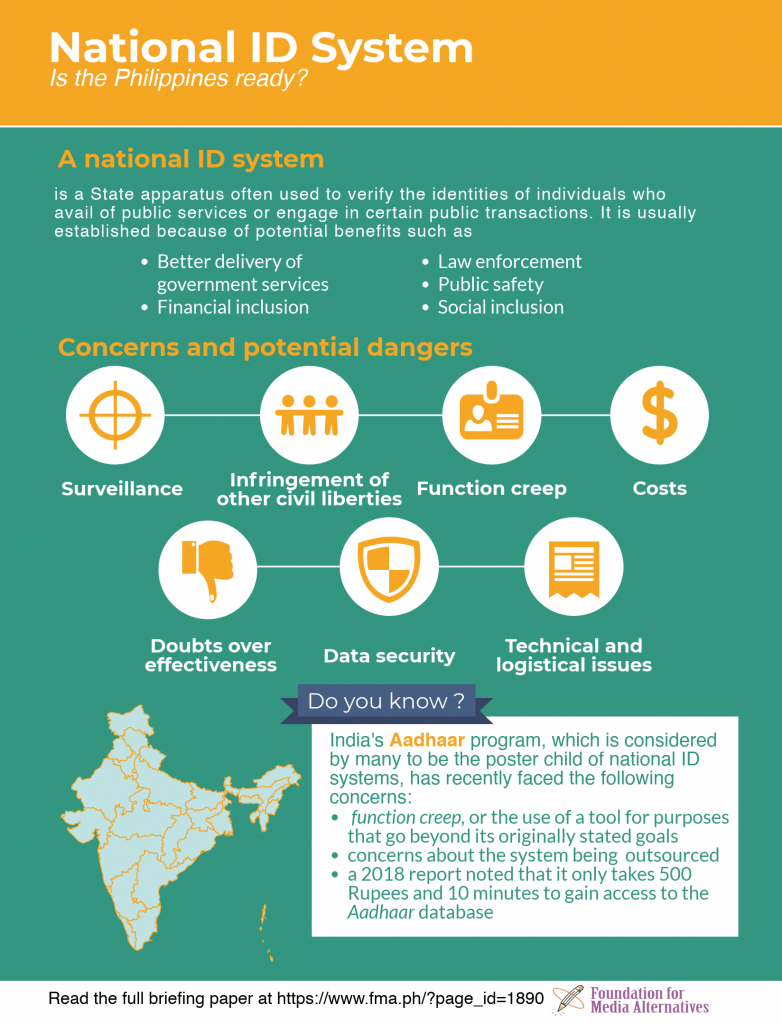 In the briefing paper, FMA also offers a quick scan of the history of the ID campaign in the country, which may be traced as far back as 1973, courtesy of then-President Marcos. Efforts by President Ramos and Macapagal-Arroyo are also mentioned, including an overview of the pertinent Senate and House bills pending in Congress.

In the end, FMA highlights the need for Congress and all interested parties to thoroughly consider the ramifications of having a comprehensive ID system. Where risks abound, solutions should be developed, such as adopting a “privacy by design” approach and putting in place proper accountability mechanisms.

Finally, FMA calls on the public, especially privacy and human rights advocates, to remain wary of and resist any measure that gives more power to an administration that already has overwhelming control over the entire government, and is not shy to use it.

[…] and rules for a nationwide ID. Because of this quickly sufficient this identification system with all its flaws and vulnerabilities will likely be rolled out nationwide and can change into yet one more surveillance device out there […]