Almost two years into the campaign against illegal drugs, accountability remains to be a problem.

With thousands of Filipinos dead and thousands more widowed or orphaned, while rich drug lords remain free and unscathed, the campaign to rid the country of illegal drugs has not only been unnecessarily bloody and destructive, but it has also been downright punitive, and has been nothing more than a massacre of the poor. Moreover, information from various sources regarding drug-related killings remain inconsistent, and civil society organizations responding to the killings mostly still operate in silos.

In response to these issues, the Foundation for Media Alternatives (FMA) launched an informational website called Ang Pangako on April 20, 2018 at the Commission on Human Rights. The event was attended by at least 40 human rights activists and representatives heavily concerned with the extrajudicial killings in the country. 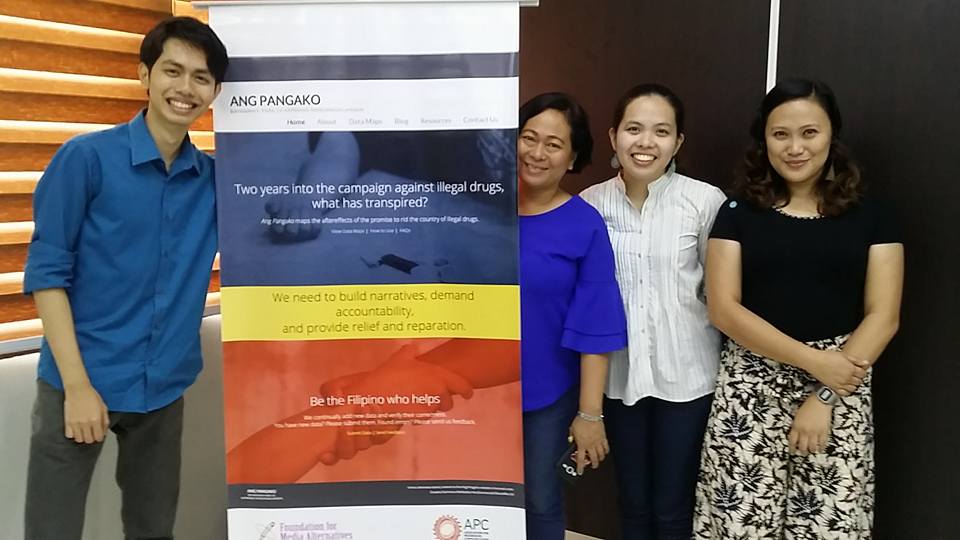 FMA Executive Director Liza Garcia opened the launch by shedding more light on the project. The website, Ang Pangako, is only one of the outputs under FMA’s Data Mapping of Drug-Related Deaths under the Duterte Administration project with the Association for Progressive Communications. Other outputs of the project include the creation of information, education, and communication materials on digital security and the conduct of a digital security training for human rights defenders.

She then detailed the process on how Ang Pangako was made. The website was a result of a scoping exercise and numerous consultations with human rights groups. The project was created to aid human rights defenders in their effort to seek and demand accountability for the extrajudicial killings which have resulted from the bloody campaign against illegal drugs, and also to provide victims with an online referral and information system that is easily accessible.

After the introduction of the project and the website, FMA researcher JV Manglicmot discussed the contents and features of Ang Pangako. 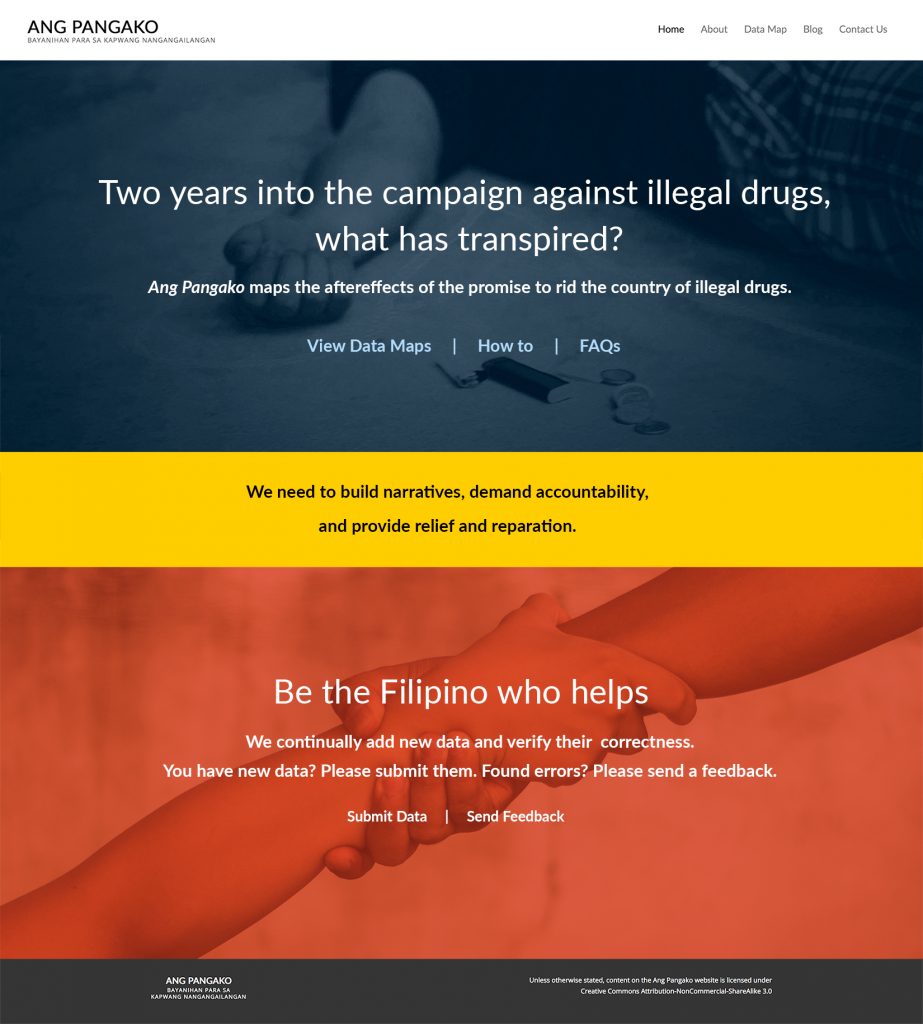 What is Ang Pangako?

Ang Pangako (angpangako.net) is a repository website which maps the aftereffects of Duterte’s campaign against illegal drugs. The website features three maps; namely, 1) the services and efforts map, 2) rehabilitation centers map, and 3) the victims map.

The services and efforts map identifies the humane endeavors of organizations across various sectors. These include awareness and education, drug rehabilitation, legal support, and financial aid, among others.

Lastly, the victims map collates cases of drug-related extrajudicial killings in the country from the beginning of President Duterte’s term to the present as available from reliable online news sources.

The bloody campaign against illegal drugs can be traced from the promise by President Duterte to kill drug addicts in order to save the future generation. Almost immediately, his word became law.

A day after he took his oath as the 16th president of the Philippines, Command Memorandum Circular 2016-16, more popularly known as Oplan Tokhang, was then launched. The rest is history as we know it — a bloody campaign against illegal drugs began and thousands of drug personalities, mostly from the poor, were killed. Until now, the killings still exist, but no one has been held accountable.

As such, Ang Pangako hopes to build narratives around the so-called drug war. It aims to tell stories of help, of struggle and of rising up, of pakikipagkapwa, and of bayanihan, as seen from the services and efforts map. Meanwhile, it also tells the stories of those who need help the most and the kind of help they need, as can be gleaned from the victims map.

Ang Pangako hopes to be a tool to provide relief and reparation. Through the services and efforts map, victims can be more aware of who and where to ask for help. Similarly, organizations will know who they can partner with in providing necessary help for victims.

Lastly, FMA hopes that through the website, we, the Filipino people, can demand accountability. Through the visualization of killings onto a map, we hope to invoke a stronger response — louder outcry against these killings — so that one day the one who made the promise will be held accountable.

The Commission on Human Rights welcomed this initiative by FMA as they further affirmed and supported the Ang Pangako website. Read their statement here:

Congratulations on the launch!

ID Watch is a monthly digest of news and updates about identification systems in the Philippines. View or download the two latest issues of ID Watch by clicking on the links below: ID Watch September Read more…

GenderScoop: Online Harassment is REAL: Are we doing enough?

SEPTEMBER 2022 GenderScoop is a monthly digest on gender & ICT in the Philippines What we gather this month:Online Sexual Harassment and Non-consensual sharing of videos and images are rampant; ASEAN lawmakers speak about the Read more…