Revisiting the advocacy for freedom of information in the Philippines

Transparency and accountability are two foundational principles of democracy. As such, they are well entrenched in the Philippine Constitution, which provides for the right of Filipinos to hold the government and public officials accountable for any or all of their mistakes or shortcomings.

The signing of Executive Order (EO) №2 (s. 2016) significantly enhanced such right by operationalizing freedom of information (FOI) in the executive branch of the government. Citizens can now ask national government agencies (NGAs) and even local government units (LGUs) to provide relevant information relating to their respective mandates and functions, including:

And since government-held data is also invaluable to research and policymaking, CSOs that regularly advocate for the passage of bills can now also support their cause with data from the ground collected by no less than the government itself.

To gain access to government-held data, citizens may write to the concerned agencies or make use of an e-portal specifically established for FOI purposes. The online platform is meant to minimize the hassle of a paper-based procedure, thereby encouraging more public-government engagements.

A so-called FOI request must be addressed by a government agency or unit within a period of fifteen (15) working days. If not satisfied with the response by the agency, the requesting party may choose to file an appeal.

According to a report by the Foundation for Media Alternatives (FMA), many journalists have come up with stories that made use of information obtained via the FOI system.

Nonetheless, advocates are quick to note that EO №2 is still not the comprehensive FOI mechanism that they have long been pushing for. Unlike a law passed by Congress, an executive order is limited in scope and is easily stricken down should a later administration prove cold to the idea. They also point out the many different kinds of information that are considered exempt from its current coverage, such as:

Another justifiable reason for denying an FOI request is if it’s necessary to protect an individual’s personal data. This is especially the case if accessing such information is not related, in any way, to the objective of a request. Naturally, this exemption is itself subject to limitations so as not to allow its use by government officials for circumventing the law, or defeating its purpose.

Just the same, some agencies have still ended up improperly invoking the country’s Data Privacy Act (DPA) when refusing to disclose information or in making significant redactions to records that do end up getting released.

For example, in August 2017, the SALN records of 28 Cabinet members were released by the Malacañang Records Office (MRO) for public scrutiny. In doing so, however, the MRO withheld significant portions of the records, citing the data privacy law as basis.

The public outcry that ensued prompted a dialogue between the concerned government units (i.e., Civil Service Commission, National Privacy Commission, and MRO) and the media. That, in turn, resulted in the disclosure of some of the redacted information and a commitment from the government to work towards a more balanced approach to the FOI system moving forward.

If anything, the case emphasized that while protecting an individual’s privacy is important, the willingness of the State to release information to the public is just as critical if transparency and accountability in government is to be fully realized. Confidentiality should not be invoked as a blanket excuse to keep the public in the dark about the inner workings of their government.

Despite its imperfections, one cannot deny that EO №2 is a transparency tool that was previously unavailable to the people. One should still make use of its benefits, no matter how limited. At the very least, people can use it to help determine:

At the end of the day, public participation ably led by civil society remains the key to establishing good governance. It is only through the concerted effort of all stakeholders that elected and tenured public officials will be constantly put on notice, that the people are keeping a close watch over their activities and policies while they are in power. Without this, no amount of transparency could ever ensure true government accountability.

You say ” and even local government units (LGUs) “. But LGU’s are not covered by EO 2. Under what circumstances can citizens obtain information from LGU’s? I note that under the online website for making requests under FOI, that City of Pasig is listed as an “agency”. Did City of Pasig request to be included as they have their own FOI. This idea that LGU’s are subject to FOI is being used to oppose an FOI ordinance in our municipality so these things are providing cover to the administration to defeat the proposed ordinance. Please advise urgently as this matter may come as soon as next Thursday 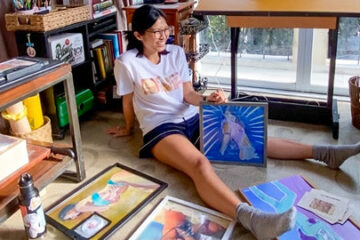 Last month, the Foundation for Media Alternatives observed the National Information and Communications Technology (ICT) month. As part of our commitment to advancing the people’s right to privacy, intern Victoria Champagne from the Alternatives spoke Read more…