With nearly 74 million Internet users (67.0% of the Philippine population) and 89 million social media users (equivalent to 80.7% of the total population), information and communication technology (ICT), especially smartphones, continue to make large and lasting impacts in how Filipinos communicate, interact with one another, and access information. The Internet, however, has not been a panacea for everyone. Existing inequalities that persist in the offline world have magnified and adapted to online platforms, blowing up in astronomical proportions amid COVID-19 lockdowns.

Studies show that women are attacked online through harassment, abuse, and gendered disinformation campaigns at far greater rates than men. And this has greatly increased over the coronavirus pandemic. A study conducted in 2020 show that 85% of women worldwide have experienced or witnessed online gender-based violence (OGBV). This number rises to 88% in the Asia Pacific. In the Philippines, one of the heaviest Internet users in the world, the Foundation for Media Alternatives mapped 130 media-sourced reports of OGBV throughout 2020 – a 165% increase from 2019 and the highest number of cases since data collection began in 2015.

Social media platforms with functions to publicly share opinions, comment and react to posts, and follow individuals or groups are especially prone to OGBV. Between October 2019 and October 2020, tweets in the Philippines containing misogynistic language increased by 953% while tweets supporting victims of violence decreased by 4%.

In Plan International’s 2020 State of the World’s Girls Report, 58% of girls surveyed across the world have personally experienced harassment on social media, with most girls first experiencing or witnessing gender-based harassment between the ages of 14 and 16. 47% of girls reported being attacked for their opinions, with attempts to silence them and to discredit their lived experiences and expertise. This phenomenon is further supported by data from the Economist Intelligence Unit. The research group found that misinformation and defamation, described as the spread of rumors and slander to discredit or damage a woman’s character, is emerging as the most prevalent tactic to harm women online, followed by cyber-harassment and hate speech. Within the Philippines, 26% of all social media posts between September 2019 and September 2020 involved misogynistic beliefs, victim blaming, and popular misconceptions.

What is Gendered Disinformation?

Gendered disinformation is a subset of online gender-based violence that disseminates false or misleading information to attack women, based on their identity as women. They are often coordinated campaigns based on gender stereotypes and misogynistic narratives used to weaponize against and target female politicians, journalists, and public figures. Aimed at undermining and silencing women, gendered disinformation campaigns amplify existing rumors and attacks with paid trolls and bots or encourage authentic users to share false or misleading content.

Techniques of gendered disinformation campaigns vary and can include:

In essence, gendered disinformation targets women for being female, for being online, and – quite often – for being politically outspoken. ‘

Consider what gave rise to the #HijaAko (“I am a young woman”) campaign. Women in the Philippines are often called hija (young lady) for voicing their opinions. Frequently, they are called hija by men who pose as “father figures” to infantilize women and to diminish their opinions. When Frankie “Kakie” Pangilinan responded against a victim-blaming Facebook post by Lucban Municipal Police Station (telling women to cover up to avoid getting raped), she was attacked by Ben Tulfo on Facebook, Twitter, and his radio show for being too young to understand. She replied, “calling me hija will not belittle my point.” Thus, the #HijaAko campaign was born. Yet, despite the overflow of support for the campaign, anonymous accounts have tried to co-opt the hashtag. Pangilinan was also threatened with rape from a ‘Sonny Alcos’, saying that “if he were 12 years old, he would rape Pangilinan, and then evade imprisonment.”

Sexual Narratives are the Most Common Form of Gendered Disinformation

For example, in 2016, two alleged sex videos of Philippine Senator Leila De Lima and her aide were graphically described at the House of Representatives, as part of the probe into her alleged connection to the drug trade in the New Bilibid Prison. Borrowing Sen. De Lima’s words, “What is the connection of that [to the drug allegations]?” The graphic description of the alleged sex videos appears more as an attempt to “slut shame” and smear Sen. De Lima’s character rather than provide any evidence of value in the probe. And this attempt was successful. Social media posts attacking Sen. De Lima now frequently refer to the term saba (banana) as this term was used in her hearing, and claim that her rumored sexual behavior has led her to make poor policy decisions (“is this what saba did to her brain?”).

Summing It All Up:

This article is written by Sheila Lau, an intern from Canada working at the Foundation for Media Alternatives (FMA). Blog articles written by the author do not necessarily reflect the views and opinions of FMA. 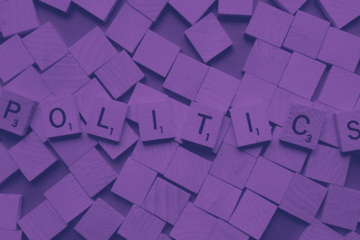 The Info War Against Women in Politics: How Social Media is Weaponized Against Female Politicians, Journalists, and (Ultimately) Democracy

“They attack your physicality, your sexuality. When you are denigrated, and stripped of dignity in this way, how can you maintain your credibility?”  – Maria Ressa, Nobel Peace Prize winner of 2021, CEO and Executive Read more… 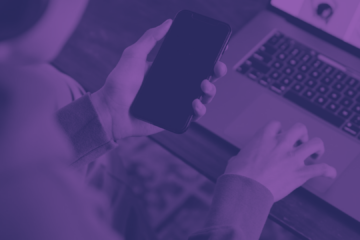 Women and girls’ increased vulnerability to violence also manifested online over the past year. This January 1 to June 23, 2021, FMA recorded 37 media-sourced reports of online gender-based violence (OGBV) with the use of Read more…

A Feminist Internet is an Internet For All

FMA | Statement for International Women’s Month 2021 It has been almost a year since the Philippines was placed on lockdown, and during this period we have seen how devices and digital platforms have become Read more…