Senator Grace Poe is hoping that the 18th Congress would move to override President Rodrigo Duterte’s veto on the bill that would have required Filipinos to register ownership of their SIM cards and use of their real names when creating social media accounts. Poe, who defended the bill in plenary as chair of the Senate Committee on Public Services argued that the consolidated version of Senate Bill (SB) No. 2395 and House Bill No. 5793 is constitutional. Read more here.

The Commission on Elections is planning to go after individuals who are responsible for spreading results of unreliable exit polls. “We will go after any individual na nagpapakalat ng (spreading) fake news. What will be the proper case or violation, we will likewise study that,” said Comelec Commissioner George Garcia. “The option that we have is prosecution.” Read more here.

The National Bureau of Investigation (NBI) raided on Sunday the house of a Smartmatic employee who allegedly stole a laptop of the country’s automated elections service provider and is a suspect in the company’s security breach. NBI spokesperson Ferdinand Lavin confirmed that the NBI conducted an operation on the house of Ricardo Argana in San Pedro, Laguna “in connection with the Smartmatic investigations.” Read more here.

Comelec has partnered with the Commission on Higher Education (Ched) for voter education and information campaign. Comelec and Ched signed a memorandum of agreement at the Palacio Del Gobernador Building. Ched Executive Director Cinderella Filipina Benitez-Jaro stressed that voter education and information discuss details of the election day, individual’s rights as a voter, and how they could be empowered through voting. Read more here.

META TO ACTIVATE ELECTIONS OPERATION CENTER IN THE COUNTRY

Meta will be activating an Elections Operation Center in the country to monitor critical issues and respond to emerging risks in real-time. Meta, the parent organization of Facebook, Instagram, and WhatsApp shared this news during a press briefing. The Meta Elections Operation Center is a war room with subject matter experts from across the company on critical issues including misinformation, safety, human rights, and cybersecurity — similar to the ones established during the Brazilian and US elections in the past years. This team will include local experts who can speak the vernacular and have a deep understanding of the context on the ground. Read more here.

Media firms, universities, civil society groups, lawyers, and church leaders form fact-checking coalitions in an unprecedented effort to counter election disinformation. “We’ve seen the damage lies can do. We know that it’s impossible to have integrity of elections when we don’t have integrity of facts,” said Maria Ressa, chief executive of Rappler, a digital media outlet, which is part of FactsFirstPH, a fact-checking collaborative of about 150 organizations. “In this ‘Avengers Assemble’ moment, there is strength in standing together. We know what happens when we don’t stand up for facts,” said Ressa, referring to a gathering of superheroes who take on the villains in the Marvel film. Read more here.

A new study found that non-political Facebook pages in the Philippines participate in election discourse by sharing content from partisan sources and cascading posts about political candidates. They were also found to be engaged in disinformation and the spread of disguised propaganda. The study, entitled “Cloaked Politics: The political involvement of non-political Facebook pages in the 2022 Presidential Elections,” was conducted by associate professor Jon Benedik A. Bunquin, Julienne M. Urrea, and Myrnelle A. Cinco of the University of the Philippines Diliman Communication Research Department. Read more here.

Hyperpartisan channels posing as legitimate “news” channels use online video sharing and social media platform YouTube to influence the upcoming elections in the Philippines, according to the findings of University of the Philippines (UP) researchers. “The rise of Meta-partisan ‘news’ ecosystems on YouTube,” a study done by researchers Fatima Gaw, Ira Cruz, and Luisa Pineda, noted the disinformation being propagated on the platform by so-called “news” channels for the 2022 Philippine elections. Read more here. 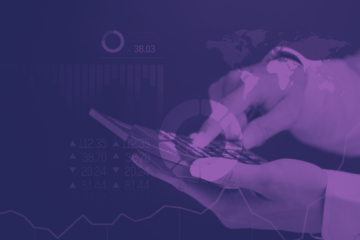 PPCRV FINDS 1.6% MISMATCH IN ELECTION RETURNS The Parish Pastoral Council for Responsible Voting (PPCRV), the private sector partner of the Commission on Elections (Comelec) reported mismatches between the printed election returns (ERs) and those Read more… 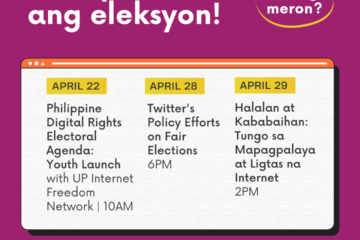